Officer Misconduct is Not Grounds to Charge You With a Crime 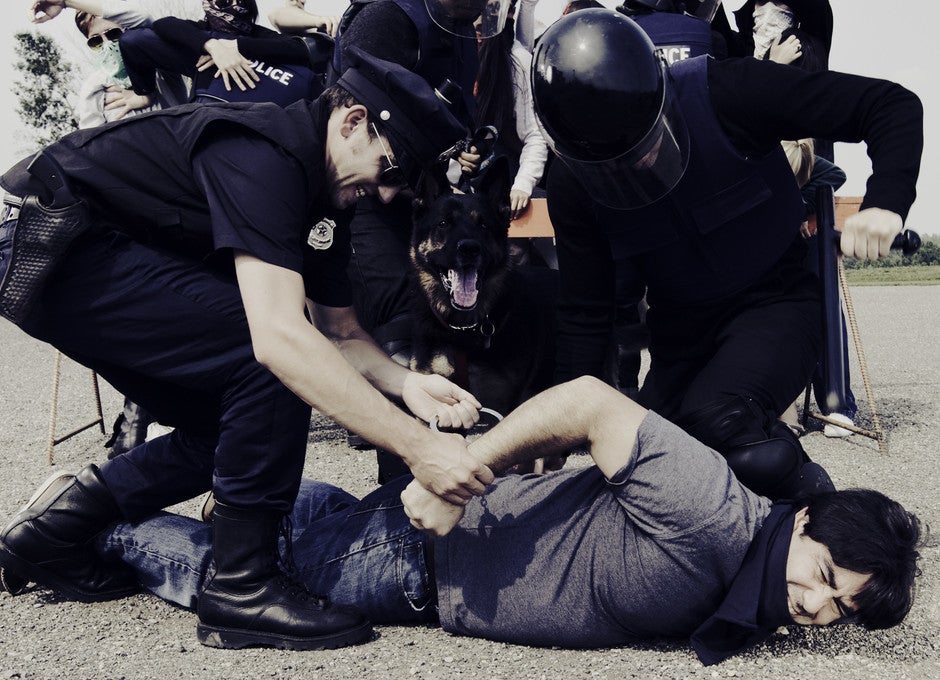 Monterey attorney Julie Crawford has represented hundreds of people over the past eleven years accused of resisting, obstructing or delaying a police officer in Monterey County.  Most of these cases have been dismissed.  Often, the use of video or witness statements can be very helpful in proving that her client should never have been arrested in the first place.

Events can get out of control when citizens and the police interact. In some cases, what might have been a simple ticket becomes a major offense because the officer decides you are interfering with performance of his or her duties.  But, the D.A. has to be able to prove that the officer was lawfully performing his/her duties to begin with.

It is important to recognize that this charge can be filed and successfully prosecuted even if there was no physical assault or contact.  It is critical to take charges such as resisting arrest or assault on a police officer seriously. Resisting arrest can be charged as a misdemeanor (Penal Code 148 or as a felony (Penal Code 69).  Not only is jail time a clear possibility if you are convicted of such charges, having either offense on your record will subject you to greater scrutiny in any future traffic stop or encounter with the police.

Attorney Julie Crawford will review all the evidence in your case for constitutional violations.  This can lead to dismissal and grounds for a complaint against the officer.  Frequently, she will need to ask the court to review the officer's background for past complaints in the officer's file regarding violence and dishonesty.  This too can lead to dismissal of your case.   Attorney Julie Crawford is prepared to secure a victory by casting doubt on the evidence obtained against you and calling the officer's veracity into question where appropriate.  California laws covering resisting arrest are very broad and subject to interpretation. We know that you may face this charge even if you did not actually run from police or touch an officer.

A charge of battery on a police officer can be far more crippling for your future, and protection of your rights demands an attorney prepared to establish, for example, that the police acted improperly or illegally in the course of your arrest.  Call attorney Julie Crawford for free, confidential advice about your case, (831) 783-0222.