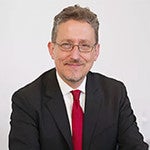 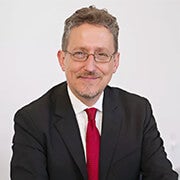 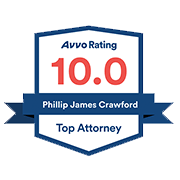 Phillip Crawford exclusively handles DUI matters.  He is an award-winning DUI attorney.  In 2018, he won the California DUI Lawyer's Association's top honor when he received the President's Award for excellence in DUI defense and, in 2020 was elected as their Vice President.  He gets more DUIs dismissed and wins more DUIs than any other lawyer on the central coast.  He lectures on DUI topics and regularly gives advise to other attorneys on their DUI cases.

He is a champion of human rights.  While in law school, he completed an internship with the Monterey County Chapter of the American Civil Liberties Union and went on to serve on its Board of Directors.  He has served as the President of the Monterey Bay Area Chapter of the National Lawyers Guild, the oldest and most extensive network of public interest and human rights activists working within the legal system.

Both inside and outside the courtroom, Phillip has built a reputation as someone who fights tirelessly for the rights of the defenseless and oppressed. Phillip is regarded by judges, prosecutors and fellow defense attorneys as a diligent and creative lawyer who fights passionately for his clients. His ability to communicate with jurors is exceptional. His skilled written and oral advocacy and his extensive knowledge and understanding of the law lead to remarkable results in the courtroom. As one judge told a defendant after dismissing all charges against her: You are free to go. You should thank your lawyer for doing such a great job on your case.